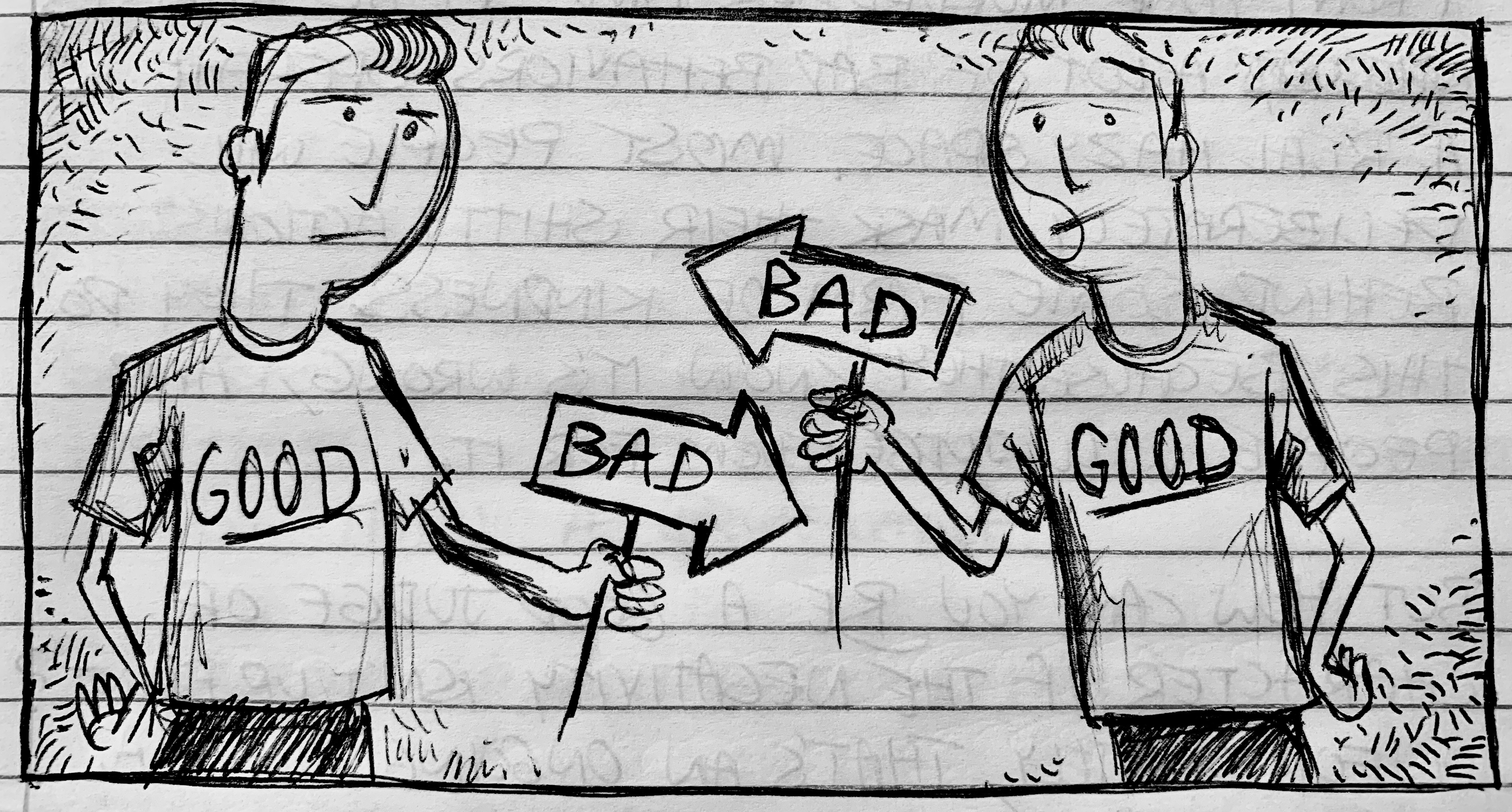 Its a shitty statement to even utter, but it’s the truth. Sometimes bad people never get what we think they deserve. It’s tough to process, especially if your personal feelings are involved. Watching someone who you know has trash character be successful is painful.

We love a hero story. Literature and film have been telling the story of good vs. evil for as long as they’ve existed. We love the underdog, we love karmic retribution. We love watching Rocky beat Ivan Drago.

But the reality of life isn’t as black and white, and we don’t always get that scripted ending. We don’t always get our way. In fact, we rarely get our way unless we’re willing to put in intense amounts of work. Before we can do that, we need to better understand this uncomfortable truth.

In real life, it’s a lot harder to discern good from bad, right from wrong. Aside from ax murderers and serial rapists, a lot of bad behaviors operate in a real hazy space. Most people will deliberately mask their shitty actions behind some form of kindness. They do this because they know it’s wrong, and people will judge them for it.

But how can you be a good judge of character if the negativity isn’t up front? Unfortunately, that’s an ongoing dilemma. The truth is, you’ll get duped, you’ll befriend people who are selfish, ego driven, and sometimes full blown sociopaths.

Following is a list of traits and behaviors to be on the lookout for.

Okay, so I may have just thrown in that last one, but it’s definitely a red flag. Another red flag I didn’t put on the list but could be, is if they have an extensive list of former friends who “wronged them.” We all have a few of those, but when there’s a small army, it often points to a more serious issue.

You also need to look at these things and ask yourself “am I the bad guy?” Sometimes you may be more of a Leonard Shelby than a Clark Kent.

I fucked you up with that one, huh?

So there’s an ugly truth we have to face. The idea that these fakes and liars never get the justice we know they rightfully deserve. The truth is that some terrible people live to ripe old ages, and die with a smile, never paying for their transgressions.

How do we cope with that? How do we come to grips with the idea that life isn’t always fair? To start, you need to accept that life has no bias toward anyone, good or bad. Luck isn’t a thing. We create a good portion of the positive and negative aspects of our lives, and the rest is just statistical chance.

I’m not saying this to appear negative, or to dash the hopes and dreams of those who type “amen” in the comment section. It’s just the truth.

So maybe your personal nemesis will always do well. Maybe the person you know who is a selfish fraud will continue to pull the wool over the eyes of everyone around them. You’re just going to have to deal with that, and the best way is to not deal with it.

The ideal goal is to raise your self awareness and acceptance to a point that you don’t let shit phase you. You can be aware of your anger, jealousy, and that biting desire for vengeance, yet not be consumed by it. In fact, the quicker you can recognize it and say “I see you,” the quicker you can drop it and move on. Simple acknowledgement is enough to weaken the grip just enough to start wriggling free.

If you enjoyed this post and found it helpful, please let me know. If you you know someone this could help, share it with them. My goal is to help you by giving you the information that helps me. If you want to continue the conversation, follow me on Twitter, or join my Facebook group, Unstoppable.